It’s true: it was an enormous party, filled with massive amounts of dancing and lots and lots of revelry. Maureen and Bill were married in September at Holy Name Cathedral and the giant party ensued at the Chicago History Museum. It was pretty hilarious to hear the catering team talk about the massive amounts of booze this party drank. You know when you can shock a catering staff that does an event every single night with the magnitude with which you ccan party, you are doing pretty well.

Maureen has an extremely intense job and yet, managed to put together this wedding at the same time. She told that she and Bill were some of the firsts in their group of friends to marry, so she really had to do a ton of research on her own.

Yes, those are her wedding shoes. I hope they are her New Year’s Eve shoes too. Hopefully you just zoomed in on them to try and make out the writing on the bottom– if so you were totally satisfied to see Mr. Jimmy Choo was with Maureen as she walked down the aisle to Bill. 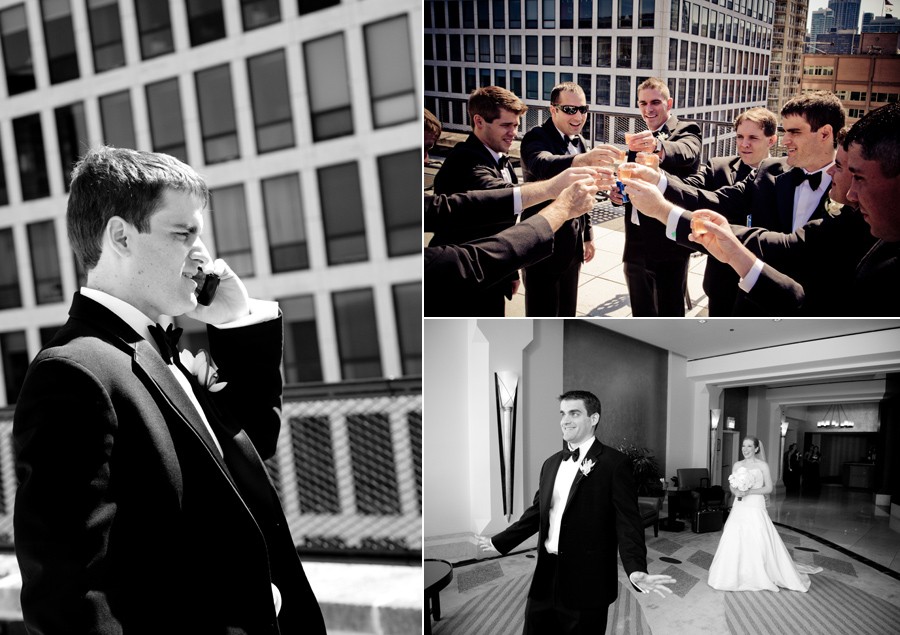 This is secretly going to be one of my favorite wedding pictures of all time. Weird, right? Not so much. Bill is on the phone with me in this picture. It was five ’til one o’clock on their wedding day and I was just finishing up packing up the car to head over to the Chicago History Museum. The time line stated that the trolley would be picking up the guys at their condo at 1:00 PM. My cell phone rings. Bill and I exchange pleasantries and he asks me if I have safety pins in my emergency kit (I surely do). I say yes and ask what for. (Yes, I am nosy like that.) “Well, my tux pants are not really staying up and I wanted to pin them or something before the ceremony.” Bill is calm and nonchalant about the fact that his tux pants are literally falling off of him when he walks. Not a good thing to happen in front of 200 friends and family at the alter of a cathedral. After figuring out that they really weren’t going to stay up I told him I was not going to let him safety pin his pants up on his wedding day I ran over to the tux rental place and got a size down. The relief on Bill’s face (not to mention ALL of the groomsman’s faces) when we met at the church for the exchange was amazing. You’ll never have a more grateful groom than you do when you arrive bearing pants that fit. **Also, a genius groom who called the planner and NOT THE BRIDE with this issue. Amazing! A++ work Bill!

Maureen and Bill did a “first look” before the ceremony so they would have more time to bop around town and take pictures with their bridal party. A great idea for those who don’t want to miss their cocktail hour!

After seeing each other the whole bridal party played paparazzi with Mike in the city and through the park! Behold: 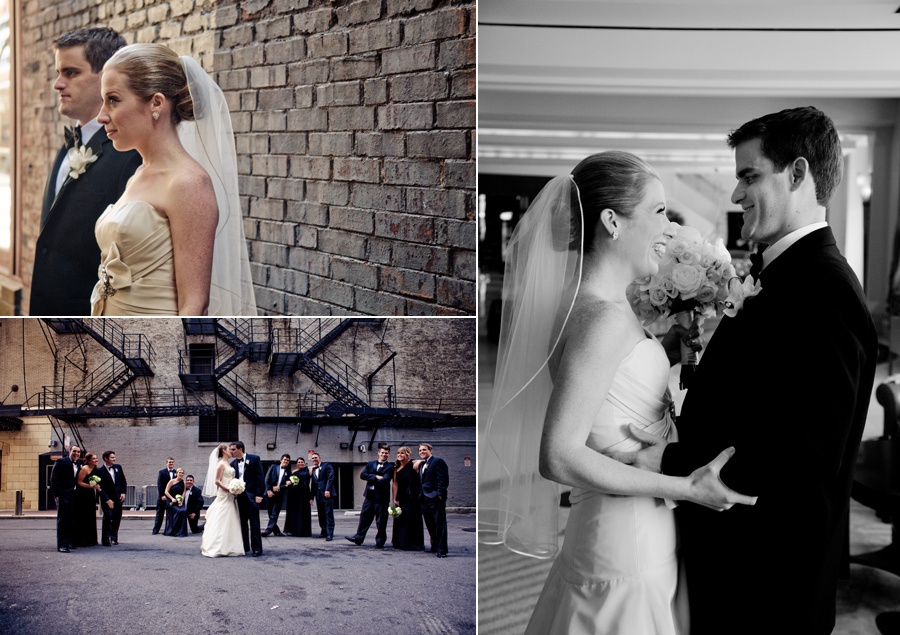 Maureen’s dad did the honor of walking Maureen down the aisle. 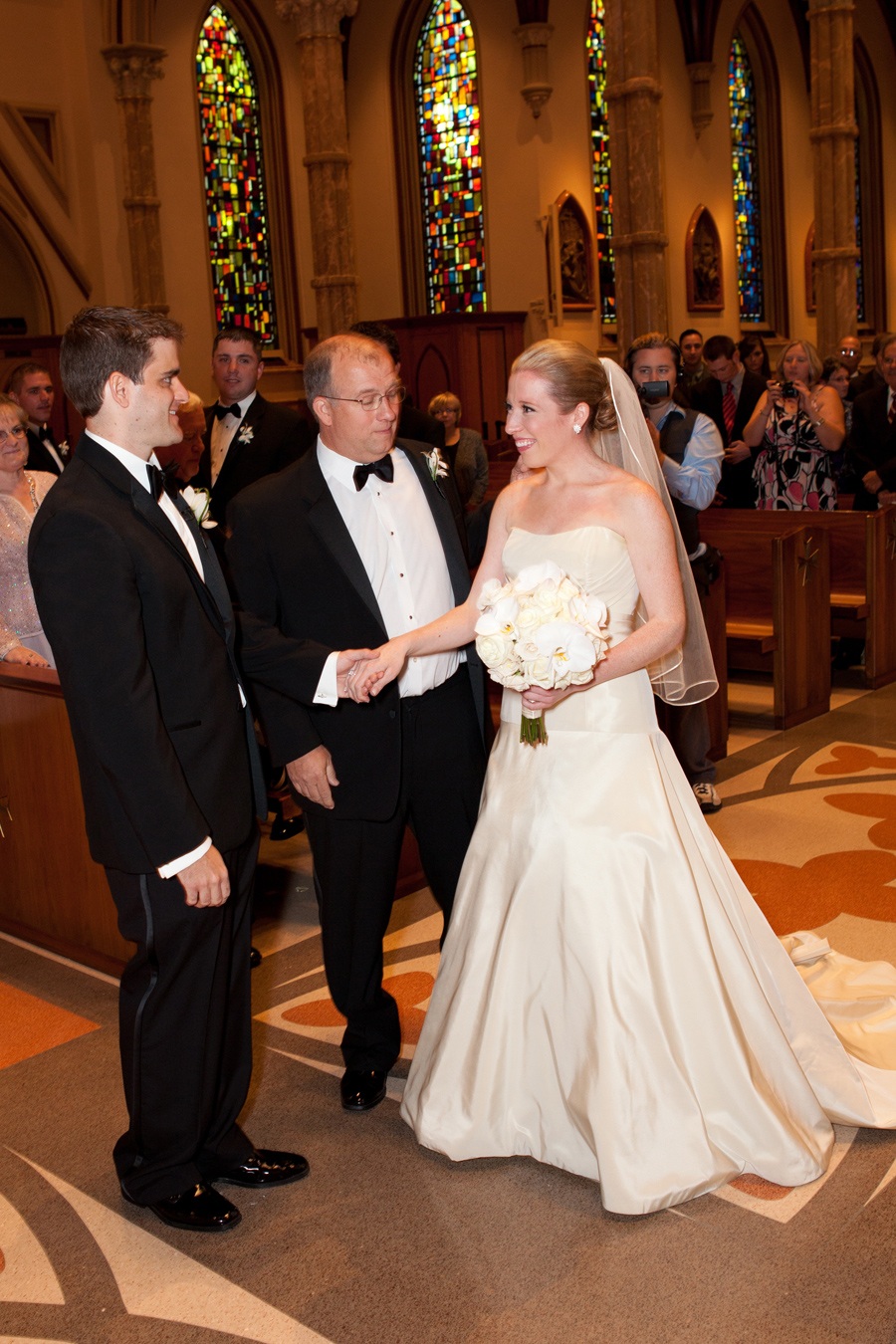 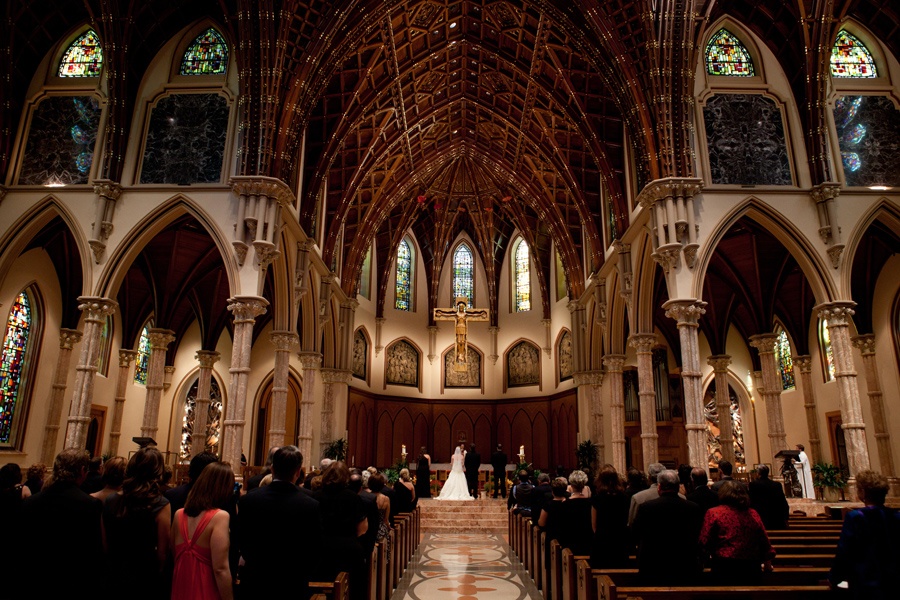 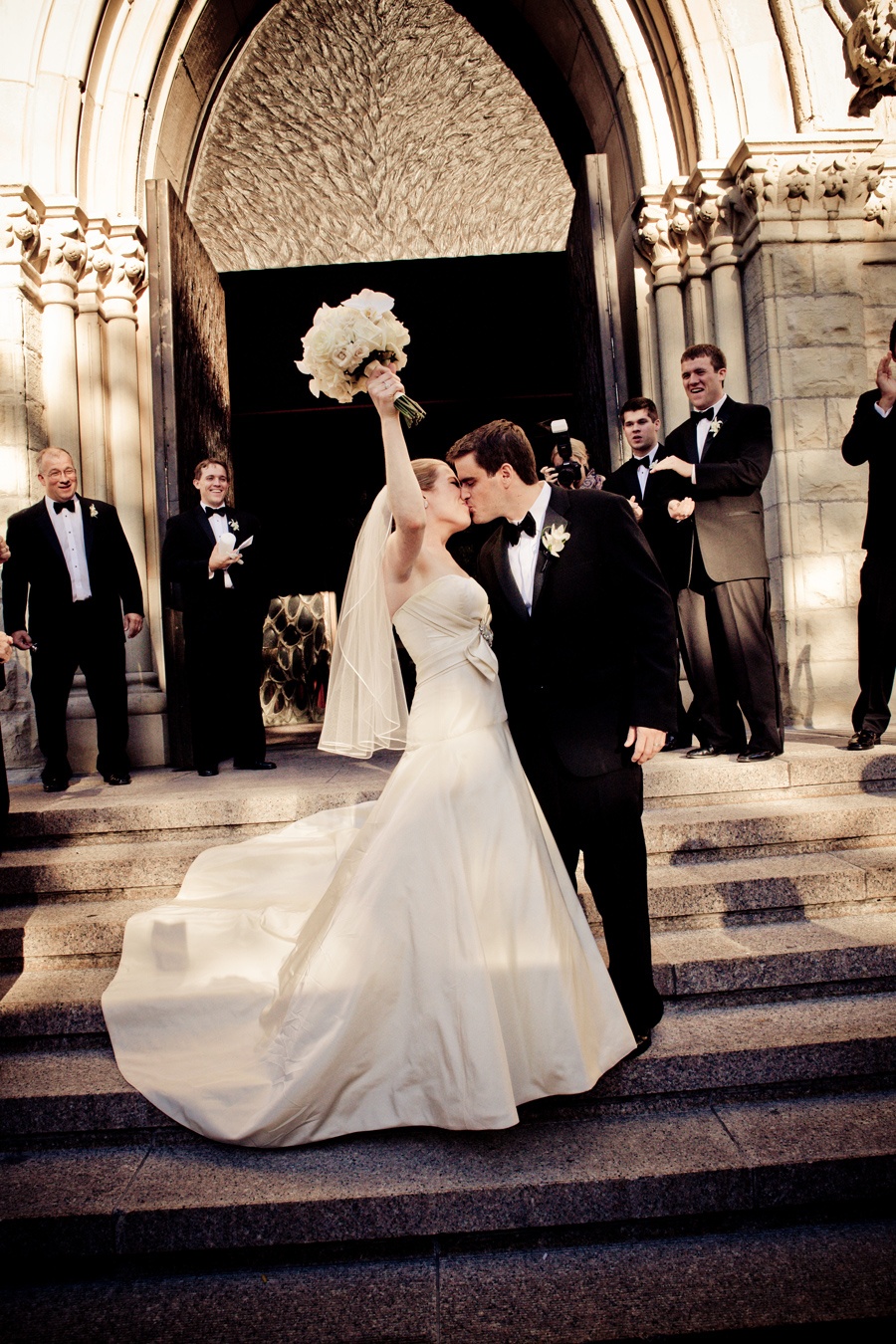 A few of the pretty details at the reception:

And of course, their insanely amazing dance party.

I realize that being at Maureen & Bill’s wedding was my job and that there are plenty of people who don’t have fun at their jobs. But I do, and I definitely did on this night. Maureen and Bill: thanks so much for letting me be a part of this one, very special day. What a pleasure it was to witness what an amazing amount of love surrounds you and will continue to surround you for every day after this. 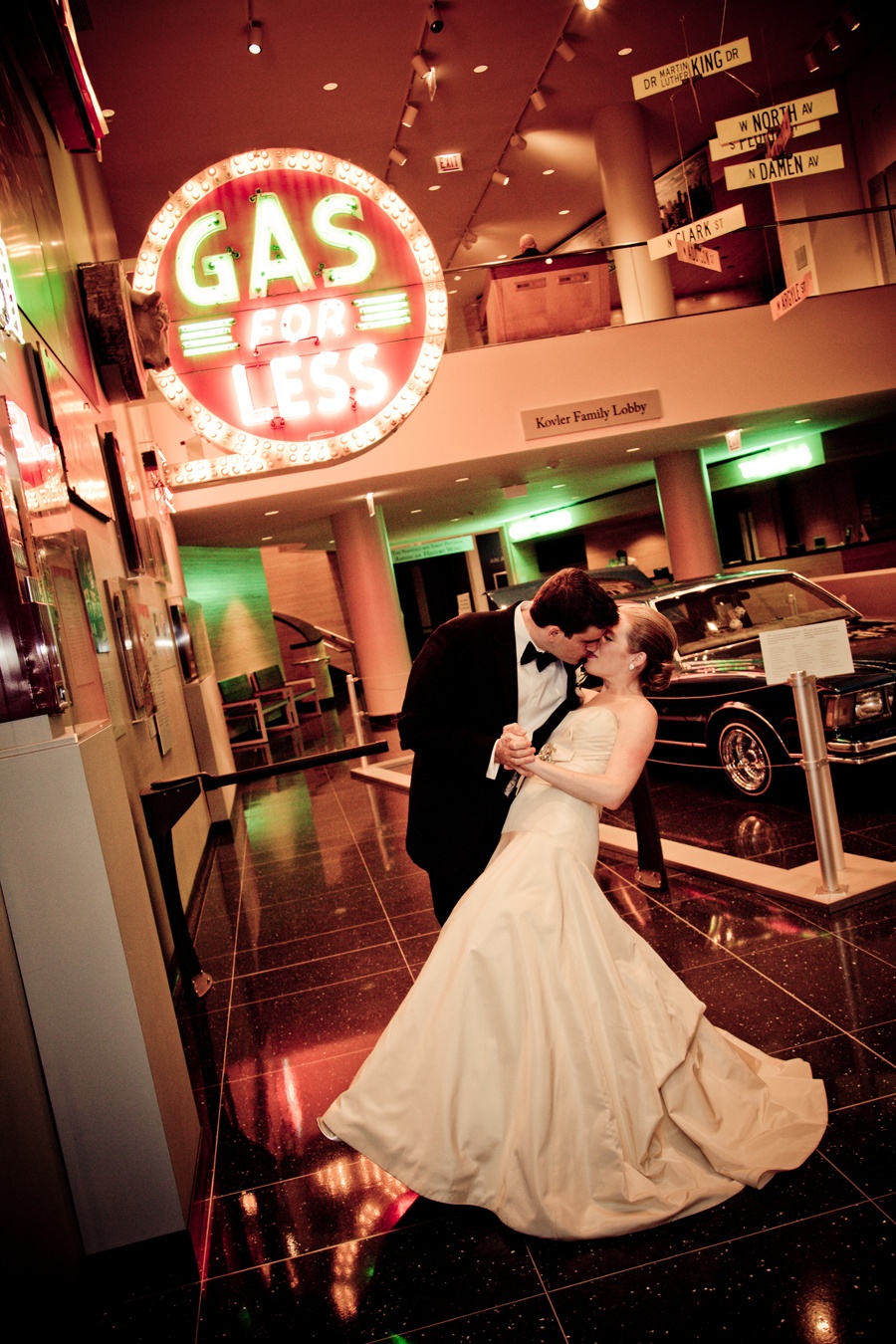 *all photos in this post are courtesy of the kind and generous Mike at Gerber & Scarpelli.