Melissa and Alan were married at Hotel Orrington in Evanston, Illinois in April 2010. Firstly, they planned this shindig all the way from New York. Secondly, it was fabulous. They are both so calm and down-to-earth, you would have thought they got married every weekend.

Kevin Weinstein and his team took some gorgeous shots of Melissa, Alan and their bridal party getting ready along with some beautiful and unexpected detail shots (which as a planner, I wholeheartedly love).

They had their first look before the ceremony and were able to get some great pictures before they signed their ketubah. 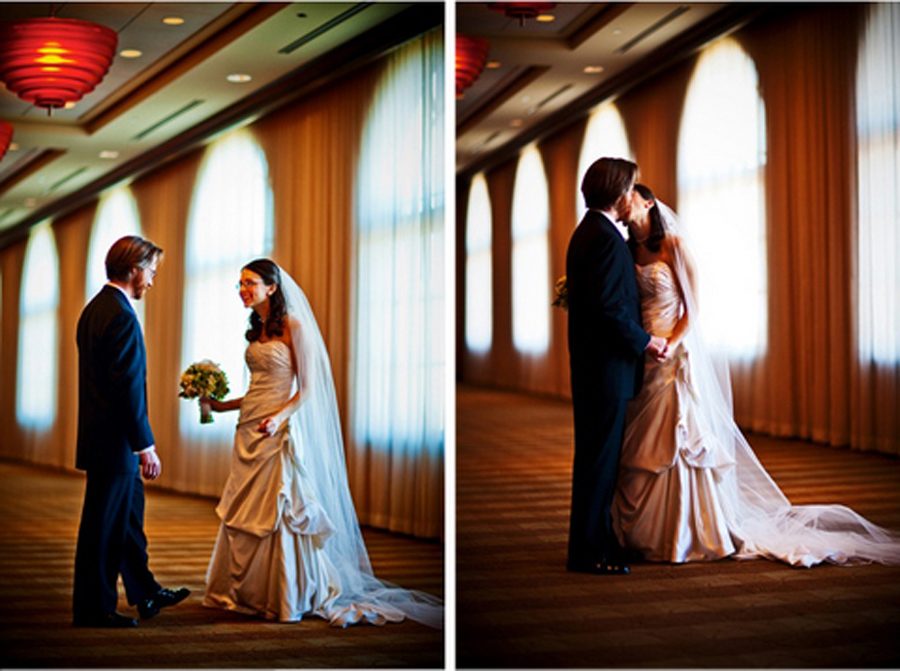 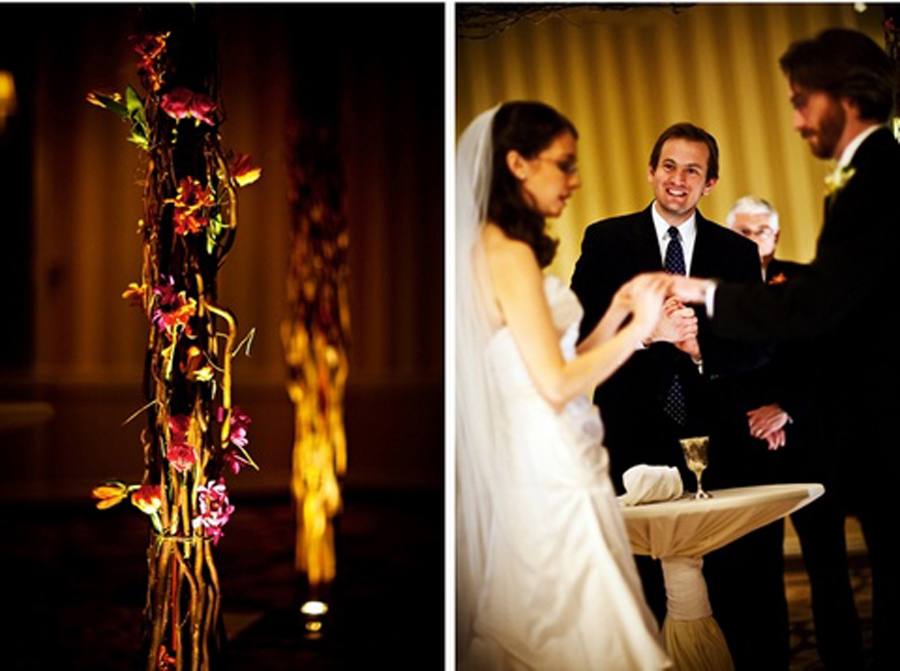 A smootch for good luck and it was down the aisle to say I do. 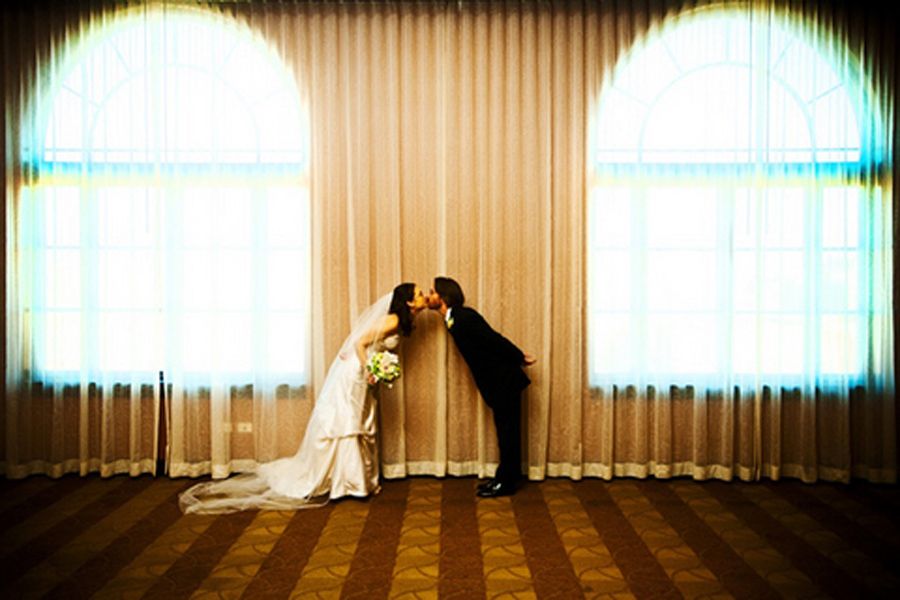 Melissa and Alan made the invitations, programs and menu cards and Scarlet Petal created centerpieces for the reception and an amazing chuppah for the ceremony. 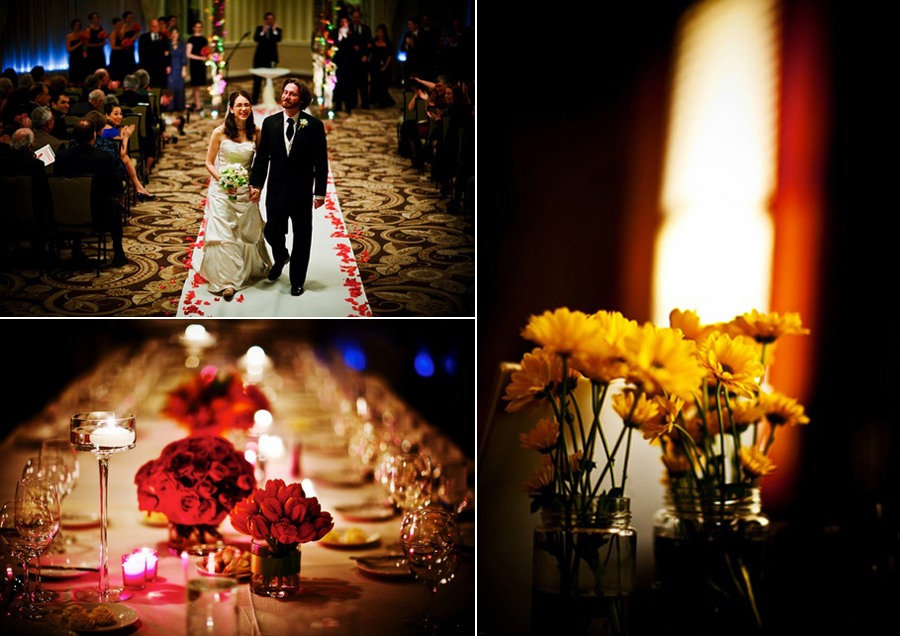 As Melissa walked down the aisle somehow her veil was pulled right off her head. She quickly and deftly grabbed it and stuck it back on like a rock star. She was so great at going with the flow and adapting. Probably not something most brides think about beforehand right?

Back down the aisle as Mr. & Mrs. and ready to start the party! 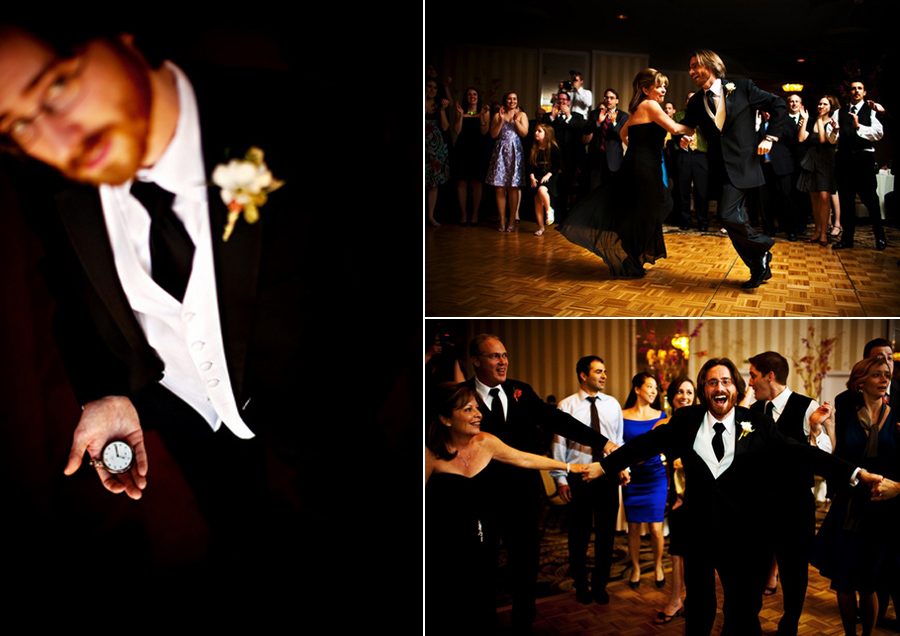 When we were working on their time line for the day, Melissa had written “and then Toast & Jam plays the longest hora ever for Melissa.”  I think they followed instructions well. It was the most amazing hora I have ever seen.  Proof:

It was a total emotional overload. I had goosebumps of excitement, I was cracking up laughing and it soon turned to panic as Alan’s friends were throwing him so high and far off the chair I thought I might have to call an ambulance. He was loving every minute of it.

This post is extremely belated as I really wanted to post their wedding video from I Do Films. The edited version isn’t quite done yet so stay tuned for a follow up post with that deliciousness.

Thanks so much to Melissa and Alan for being so much fun to work with and congratulations on throwing such a fantastic party!

*All photo credits belong to the talented Kevin Weinstein Photography