It’s still amazing to me, almost six months after the fact that my home and work space was featured on Apartment Therapy.  Every year instead of making a New Year’s resolution I try to make a list of ten goals for myself for the year.  Some are semi-attainable like “visit a new country” and some are kind of a stretch like “pay off student loan.”  They are work-related, personal, financial, anything goes, as long as it gives me focus for the year ahead.  One of the goals that I wasn’t sure was possible last year was to get my apartment published.  After living here for a year and spending all of it scouring thrift shops, painting, refurbishing and hanging things I was pretty proud of my 1,000 square feet of urban living. 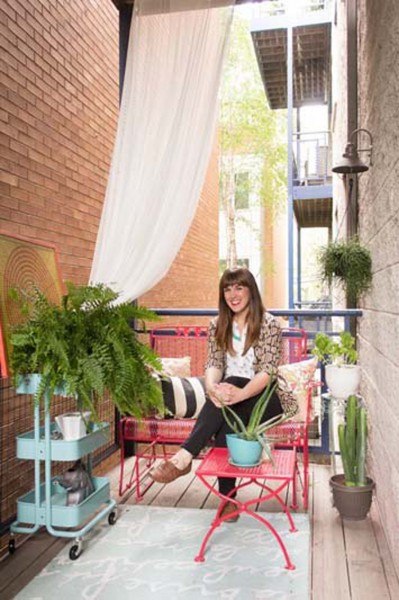 So here she is!  First the living room that bleeds into the kitchen.  A cheerful yellow, a velvet blue couch, some handmade black and white striped curtains that my sweet mom made for me because I HAD to have giant horizontal stripes.  The bookshelf was in my room growing up and when I repainted it, on the back an “E, I love you!” painted by my dad when he was getting it ready for my kiddo room.  My late grandpas’ end table and my late grandmas’ coffee table plus a few new accent pieces to tie it all together. 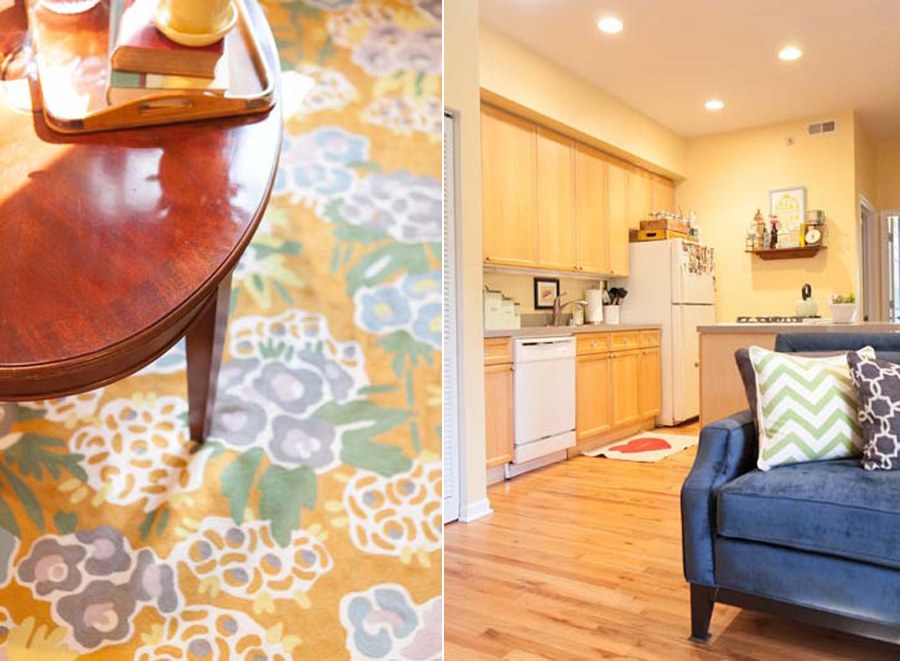 The kitchen and the living room are basically one in the same.  I found my kitchen table for $50 at a thrift store and once I stripped that sweet hunk of wood down, she turned out to be really beautiful.  I stained the top and painted the legs grey.  The only other thing I could really fit in the kitchen was my Mad Men-esque booze table and a couple of cheap Target stools I gave a mini-makeover to and painted the legs black.  A couple of easy additions in the form of pictures, a shelf of knick-knacks, changing out some knobs and my up-cycled spice rack and that’s about all the little baby kitchen could handle. 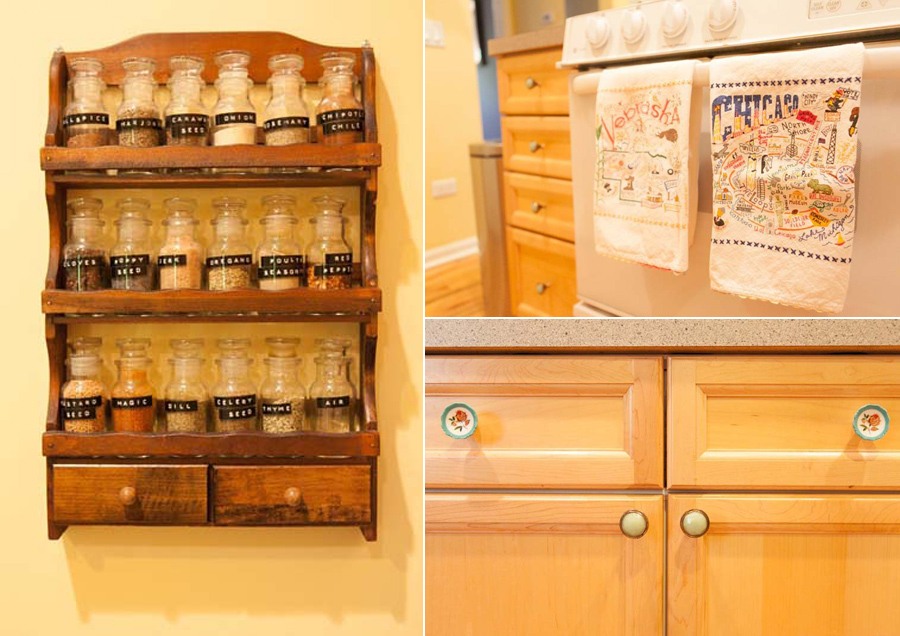 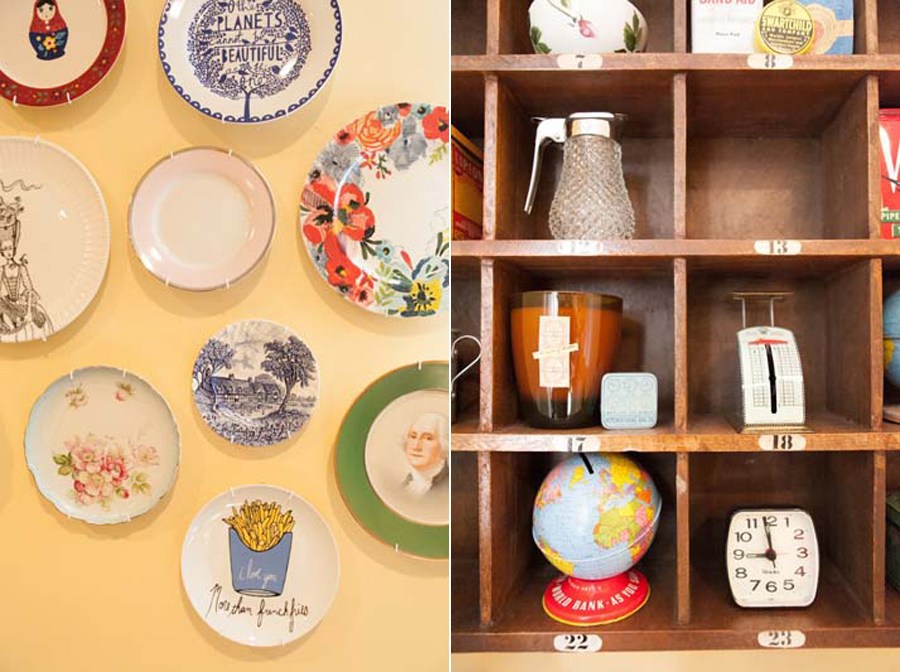 There’s only so many pictures of a tiny bathroom I can show you.  But here is mine. It’s pink and it’s girly and it’s all good because Walter dog doesn’t even care. Also, I pretty much designed it around the shower curtain and the gold trash can. Not even mad about that. 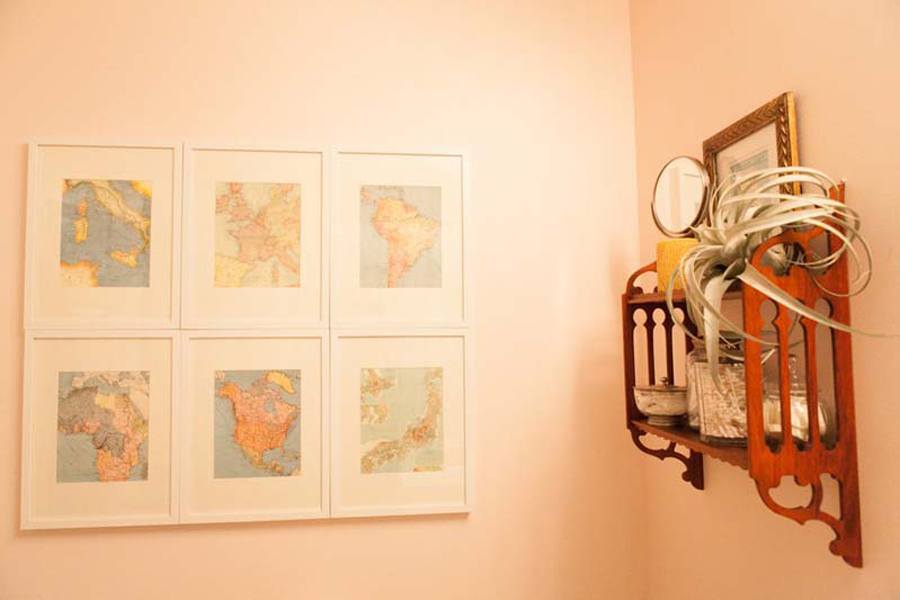 The bedroom is where I took on the project that took BY FAR the longest but probably my favorite part of my house.  I painted the whole room a dark grey and then stenciled gold flowers on top of it.  IT. TOOK. FOREVER.  It’s so imperfect but I love it.  My favorite thing is when people in the comments section of the blog said it looked like wallpaper!  A frame wall on top, simple white bedding and a wall of windows: another one of my favorite things about this place.  I refinished a chest-of-drawers (also from my childhood room) and painted them peach, I knew I wanted to incorporate peach curtains which were absolutely impossible to find so I bought white ones from IKEA and dyed those babies in the washing machine.  I have no idea how I did it but they came out so perfectly, but they were exactly the shade I had hoped for. 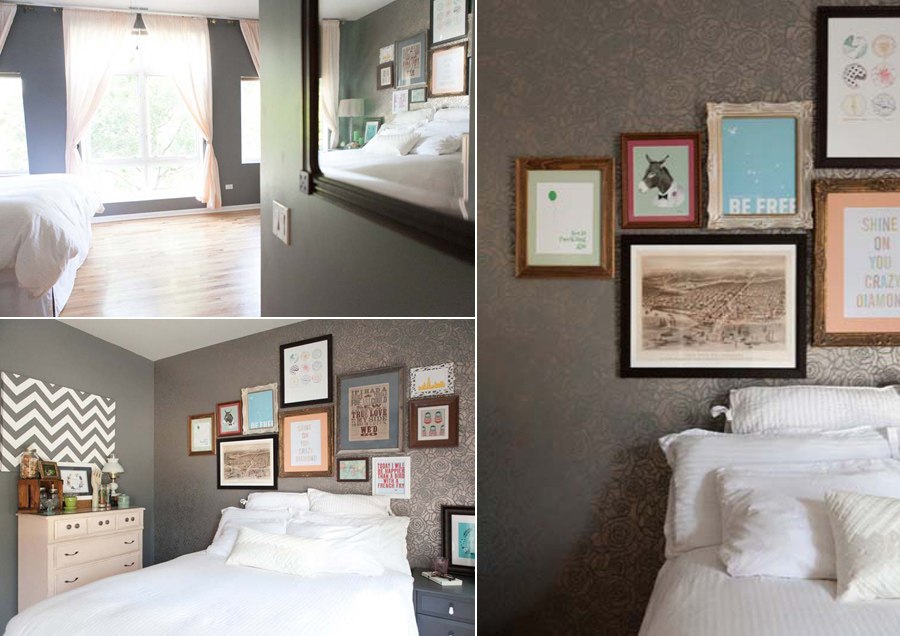 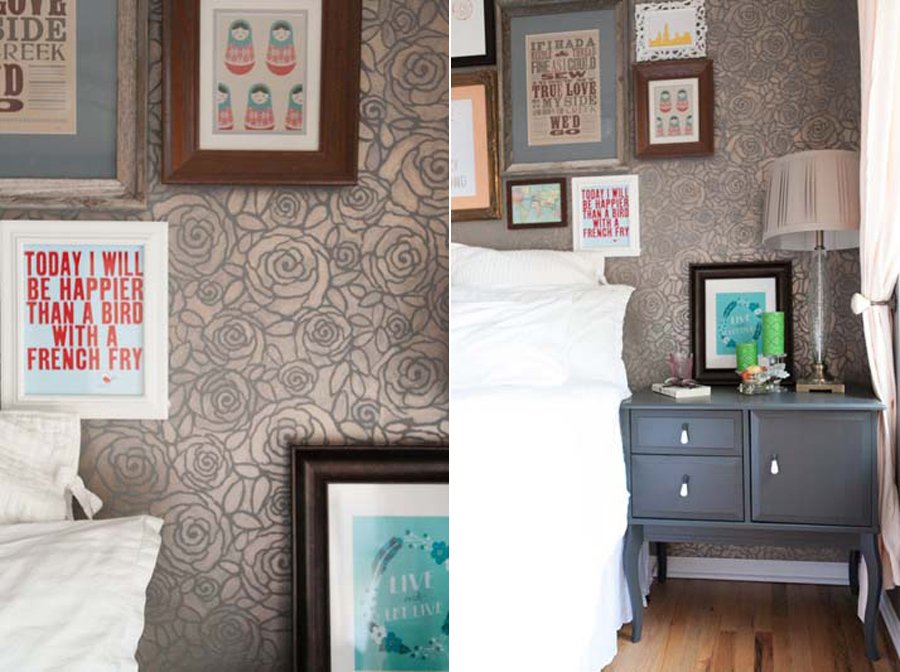 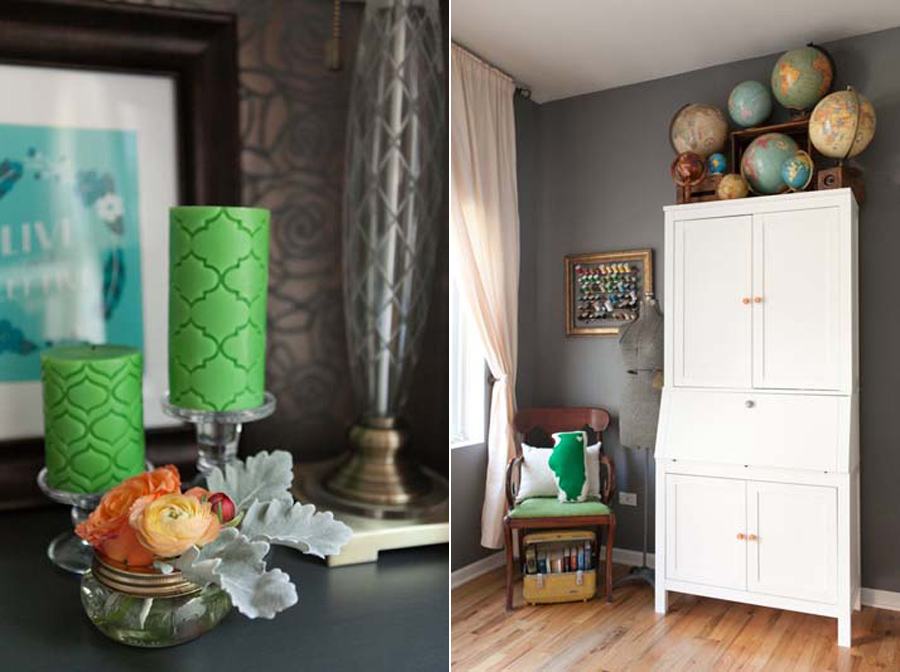 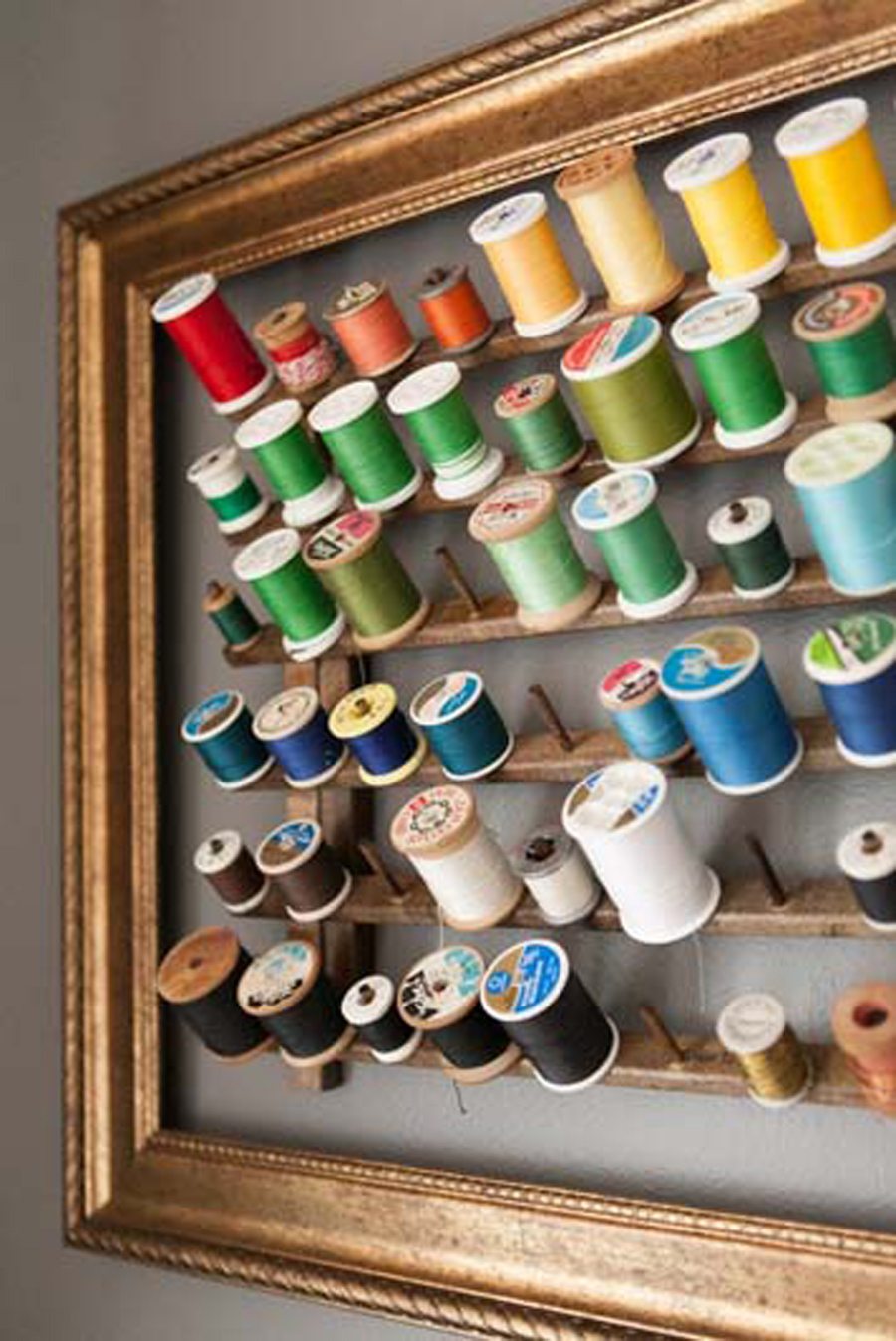 And finally my tiny little porch.  It was the last thing I tackled and I don’t want to say an afterthought, but since I moved in in November so I honestly don’t think I set foot on it until Spring arrived in May-ish.  I bought a bunch of plants that I eventually killed, repainted some hand-me-down furniture from my parents a bright red and strung up some lights and an IKEA mosquito net.  It’s most definitely gotten the most love on Apartment Therapy and has been re-posted an absurd amount of times including being the poster child for cheap in the “7 Sources for Budget Outdoor Furniture” article. In addition it was named one of the “Best Balcony, Rooftop and Patio Gardens” and was first on the list of Apartment Therapy’s “Best of 2013 Outdoor Spaces.”  What do you think?  Which of my four rooms is your favorite? 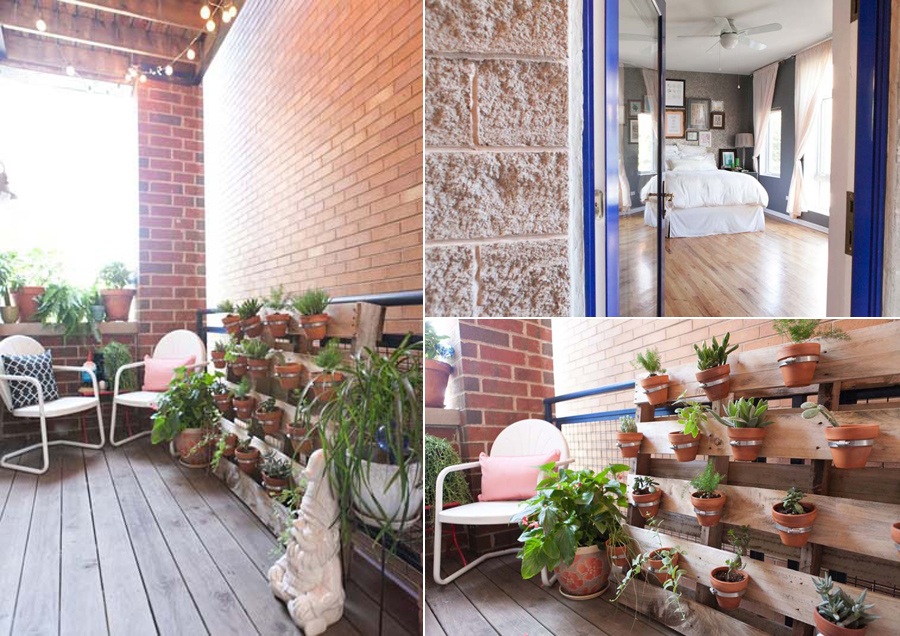 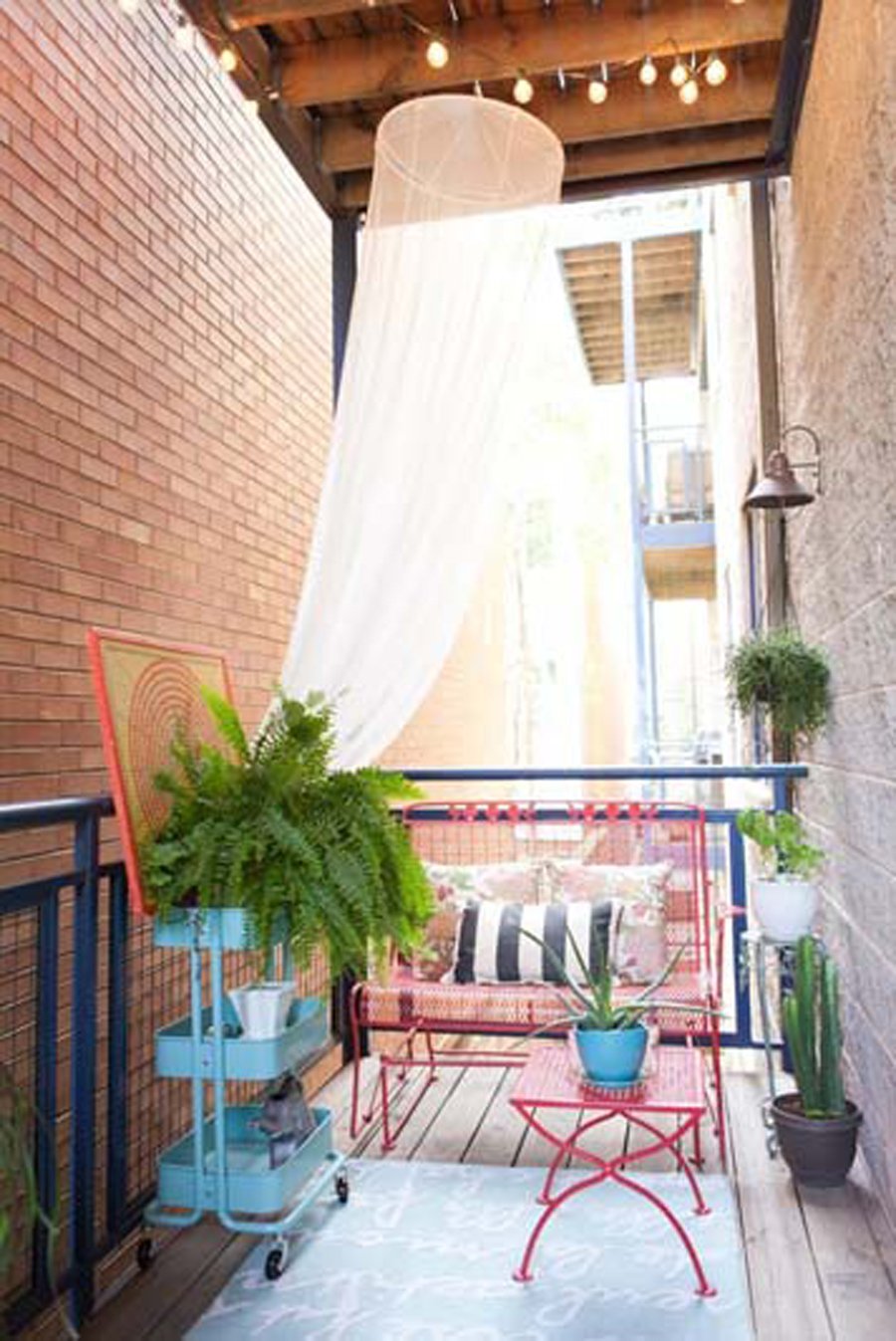 While Alexis shot one room I nervously sat in the other wondering what she was shooting and if I remember to dust there.  I was so worried everyone would attack me and the space in the comments, but I was pleasantly surprised that most people (who cared to comment) were so kind and complimentary.  You can read the whole interview here and see a list of sources of where I got almost everything in my house on Apartment Therapy.  Thanks for reading along and helping make one of my 2013 New Years dreams come true!